If your anything like me your probably starting to get really peeved about having to update your “status” on half a dozen different social networking sites, in which case, read on…

It looks like the social networking sites themselves have seen this coming however and have been going to some efforts of late to offer interoperability between them, i.e. updates your status on Facebook and your Windows Live Messenger Status updates too, which is a big step in the right direction. It’s a big step but still only a step, as like me you will probably find one or two sites updating the other isn’t really enough, we need one status box that updates the lot, boom in one go.

There have been many stabs at creating an application that can do this such as Tweetdeck and posterous but none really do it that well to my mind. Alas I haven’t the time to create some groundbreaking app that can solve this problem so I thought I’d find a way to link them all into some kind of social media chain whereby I update my status at one end and they all update each other.

Well it’s fiddly to setup but now I can post once in Twitter and it will change my status on:

A word of warning however, if you use eBuddy, either online or on the iPhone app, it changes your status to something along the lines of “- on eBuddy for iPhone & iPod Touch www.ebuddy.com/iphone” which then forwards out to all the other services which is undesirable to say the least. As a precaution I’ve gone through and set all my Windows Live Services to receive status updates from other services but not to send them out to them, just to be on the safe side! 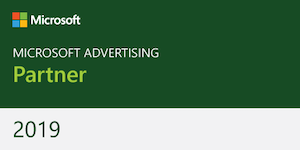 Where Life IS Black and White

A Digital Marketing Account Director specialising in Pay-Per-Click (PPC), Search Engine Optimisation (SEO) and Social Media Advertising. All thoughts, rants, drivel, complaints, advice and anything else I may say are entirely my own and in no way related to my employer.